The Garden Homes neighborhood was envisioned in 1910 by Mayor Emil Seidel, and built in 1921 by Mayor Daniel Hoan. It was America’s first municipally sponsored public housing cooperative. All 93 original homes are still standing, and were added to the National Register of Historic Places in 1990. It was added to the Wisconsin Historic register in 2013. 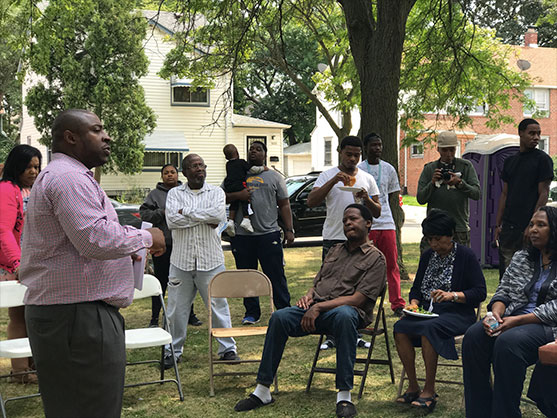 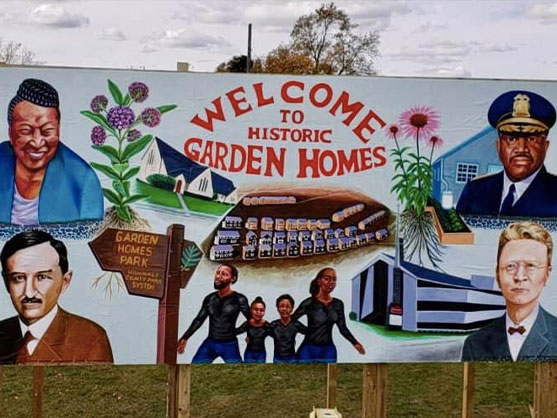 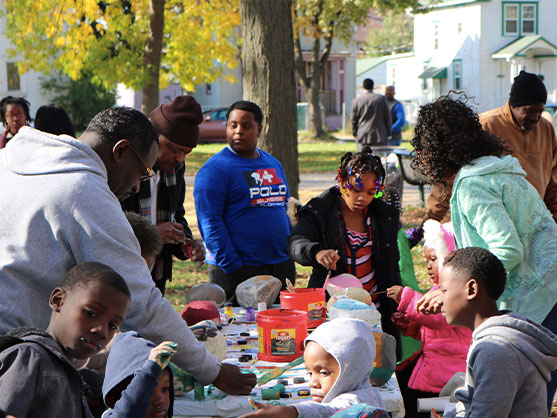 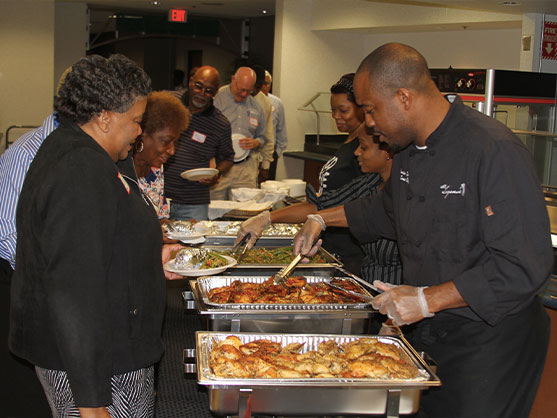 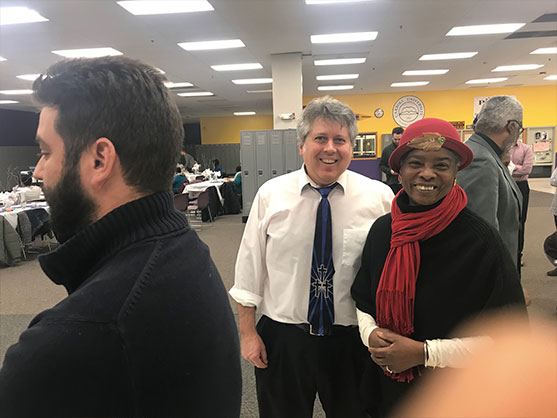 Though it was built as a whites-only collaborative, Garden Homes eventually became populated by Black people. They moved to Milwaukee from the Jim Crow south seeking good paying jobs in Milwaukee’s booming industrial corridors. In 1960 this area of Milwaukee had the highest standard of living for Black people in the United States.

However, due to the closing of many factories and other factors, the neighborhood has devolved into an area with record crime, high unemployment, and is currently one of Milwaukee’s most challenging areas to live in. In 2015, the 30th Street Industrial Corridor Corporation convened a committed core of residents and stakeholders to deepen their commitment to the neighborhood. For the past 5 years, over 200 resid ents and 50 entities have come together to forge deeper relationships and to plan for a brighter future. Many individuals and organizations were already working to strengthen Garden Homes, but the disparate efforts were struggling to have an impact. After witnessing continued deprivation, more crime that left the people in the neighborhood feeling less safe and an erosion of the values that once defined the neighborhood, people came together to act, plan and make things happen. The result is the 2018 Garden Homes Strategic Action Plan.

One of the goals in the plan is to improve housing. In 2019 the Corridor applied for WHEDA tax credits to restore 30 blighted homes, including 11 historic homes around Garden Homes Park. We were awarded those tax credits in 2020. The historic homes are set to be rebuilt in 2021, just in time for the 100th anniversary of the neighborhood. 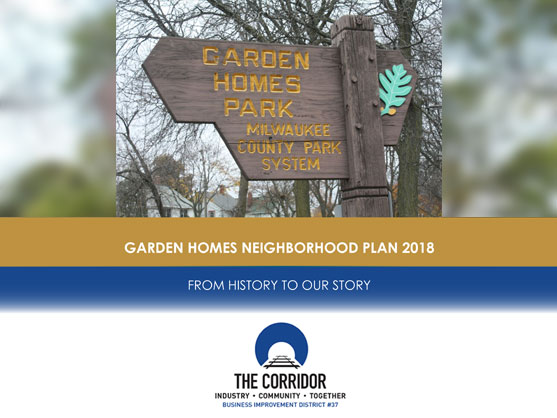 This report was prepared for the Garden Homes planning initiative being undertaken by the 30th Street Commercial Corridor. The data will be used to inform planning and is being supplemented by qualitative data including a resident-administered survey regarding perceptions of the neighborhood, and summary of the history and assets in the neighborhood. Note that the Garden Homes census tracts are included in the “hard to count” (HTC) tracts, meaning that self- response in the last census is low and households could be missed. 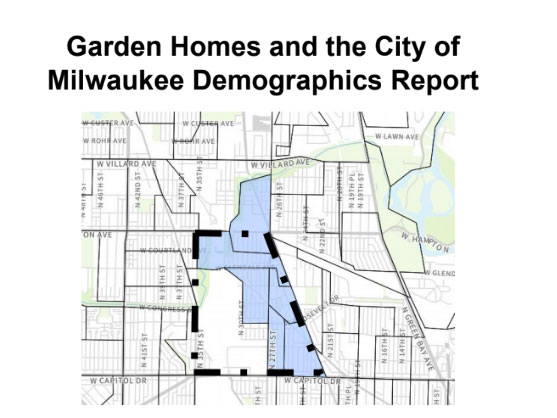 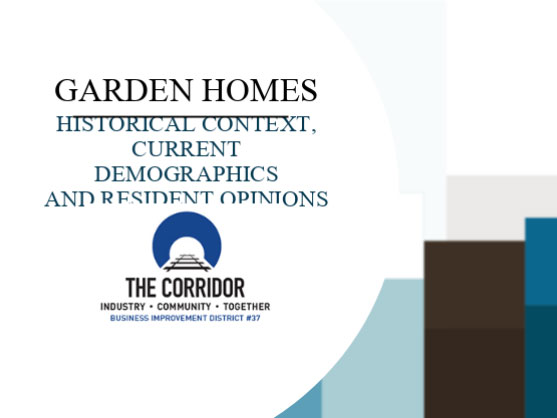