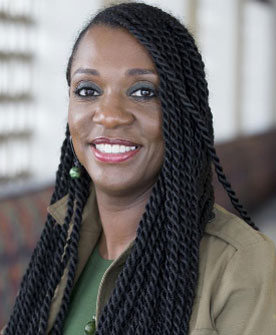 Born and raised in Milwaukee, Cheryl's goal is to expand Milwaukee's renaissance to include the 30th Street Industrial Corridor. Under Cheryl's leadership, the Corridor has seated a diverse and dynamic board whose mission is to serve as the mobilizing entity to collectively promote and spark economic resurgence for businesses and residents in the area. Our areas of focus include neighborhood revitalization, supporting business development, and equitable economic development, particularly as it relates to the redevelopment of the 75 acre former A.O. Smith site. In 2020 WHEDA awarded the Corridor tax credits to restore 30 homes, including homes in the historic Garden Homes neighborhood. 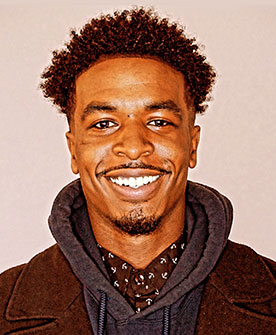 Deantrium King has been involved with The 30th Street Industrial Corridor since 2015, when he began interning as a Web Design and Community Outreach Intern. Originally from Chicago, Illinois, Deantrium moved to Milwaukee in 2013 to attend school at Marquette University. There, he obtained his Bachelor’s Degree in Political Science and Criminology, with a focus in American Politics. After successful stints working abroad as a Community Outreach Liaison in Washington DC, he would later return to Milwaukee to officially join 30th Street Industrial Corridor as a Community Outreach Specialist, bringing his professional experience and familiarity with Milwaukee’s community along as well.

Board of Directors, 30th Street Industrial Corridor Corp and BID #37 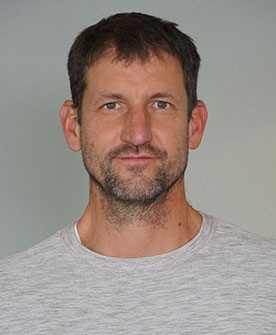 Ted Matkom is the Wisconsin Market President of Gorman & Company, where he leverages his wealth of experience in both residential and commercial real estate to help further development in the City of Milwaukee. 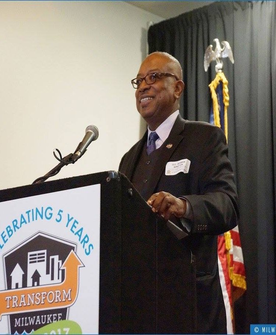 Wyman began his career at the first Community Development Bank in the nation, South Shore Bank in Chicago in 1978 and later as the first Executive Director of the Westside Conservation Corp., a community development corporation in Milwaukee, Wi., that focused on housing counseling and acquiring vacant properties, restoring them and selling the renovated homes to first time home buyers.

In 2001, Wyman became the Director of Housing for the Portland Development Commission and later Deputy Executive Director and Chief Operating Officer.

In 2007 he became the Deputy Director of Tax Allocation Districts (TADs) for the Atlanta Development Authority. I established the city’s first commercial and retail Tax Allocation Districts (TADs) in the city’s older inner city retail corridors. He created the City of Atlanta’s New Market Tax Credit (NMTC) program with a focus on revitalization of the city’s underdeveloped neighborhood retail corridors and the Central Business District.

Wyman spent 14 years at WHEDA as a Senior Director, first as head of the Multifamily Group and later heading the WHEDA’s R&D Group, the Emerging Markets. For eight years, 2011 to 2019, Wyman served as the Executive Director of WHEDA, a multi-billion-dollar state housing authority. Under Wyman’s leadership, WHEDA invested over $2.8 billion in Wisconsin creating over 24,000 units of affordable housing; launched a new program to help over 457 small businesses and farmers; awarded $308 million in New Market Tax Credits that supported 23 developments. In 2012, Wyman unveiled Transform Milwaukee, the initiative that generated more than $750 million of development in Milwaukee’s neighborhoods. In 2014, Wyman collaborated with Milwaukee County to put in place housing policy to support their Continuum of Care. The collaboration, overtime, has resulted in Milwaukee County having the nation’s lowest per capita homeless population.

He is the former President of the Greater Wisconsin Opportunities Fund, New Market Tax Credit  investor. In 2016, the Federal Reserve Bank of Chicago appointed Wyman to its Advisory Council on Agriculture, Small Business and Labor. Wyman is also a Senior Fellow at the American Leadership Oregon Forum. He is actively working to build a housing co-op market in MIlwaukee. Wyman serves on the Wells Fargo New Market Tax Credit CDE Advisory Board. Currently, Wyman serves on the Board of the Affordable Housing Institute. 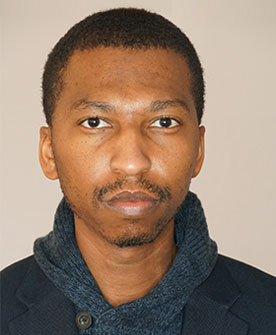 Que El-Amin is the Co-Founder of Young Enterprising Society, where he aims to establish an international epicenter for financially, politically, and socially progressive individuals that help to mobilize people, information, resources, and capital for the greater good of its members and society at large. Most recently voted 2020 Milwaukee Business Journal’s 40 Under 40, Que has been actively engaged in the City of Milwaukee for many years and brings tremendous insight and leadership to our Board. 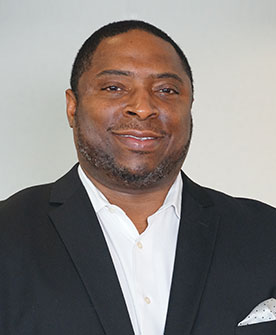 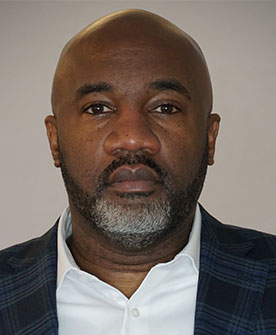 Willie Smith serves as the Executive Director of Northwest Side CDC, where he aims to help lead and develop long term initiatives and strategies for Milwaukee’s northwest side. Prior to becoming Executive Director, Willie helped to leverage his extensive knowledge and previous experience as Director of Lending to manage the organization’s business lending program and other workforce development initiatives.. 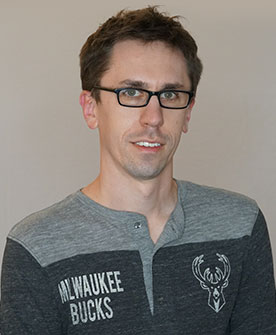 Kyle Stephens is the VP of Finance and Administration at Good City Brewing LLC, where he is responsible for accounting and finance, human resources, facilities, and office administration. Prior to joining Good City, Kyle spent most of his career in public accounting, practicing audit and tax with closely-held businesses before moving to corporate mergers and acquisitions with an international accounting and advisory firm. 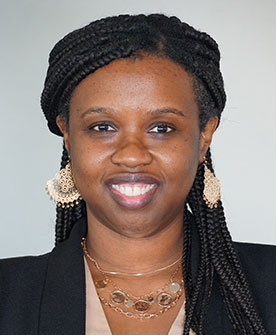 Cordella Jones is the Branch Manager at BMO Harris Bank, where she helps to manage resources and staff while developing and attaining sales goals essential to growing the firm. Cordella Jones is a focus professional with over 15 years of combined experience in areas of bank operations, retail lending, management, technology and community engagement. A team player that is accomplished in identifying and capturing opportunities to accelerate brand exposure and new market penetration, Cordella has been a driving force in Milwaukee’s financial space. 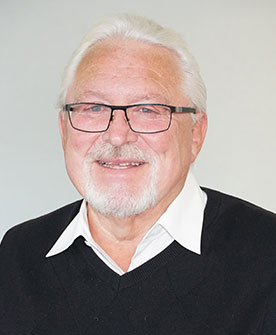 Thomas Ryan is the president of Jonco Industries, with investments in both commercial and residential property throughout the City of Milwaukee. A lifelong Milwaukee resident, Thomas L. Ryan is a well renowned developer, manufacturer, and real estate investor in Milwaukee and the surrounding Milwaukee area. 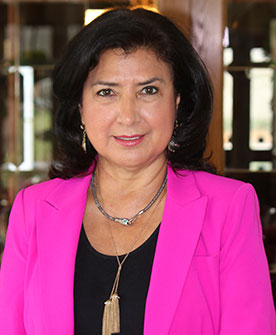 Maria Watts is the current Senior Business and Community Engagement Officer for the Wisconsin Housing and Economic Development Authority (WHEDA), where she has assisted hundreds of public and private entities by leveraging WHEDA’s knowledge, capital, and resources. Helping to serve Milwaukee’s Latino and broader communities, Maria has been a staple in the City of Milwaukee’s real estate scene for over 20+ years. 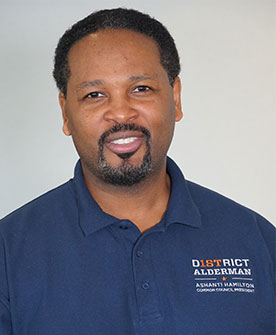 Ald. Ashanti Hamilton is the current elected Alderman of Milwaukee’s 1st District where he has written, introduced, implemented, and sponsored key legislation and Citywide programming helping to strengthen revitalization efforts in the city’s poorest neighborhoods. 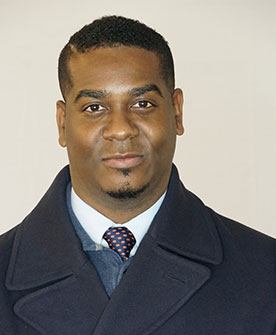 Saveon Grenell is the Associate Attorney at Buelow Vetter, where he represents multiple municipalities and public school clients in employment and labor law, as well as litigation. He is an experienced litigator, coming to Buelow Vetter from his role as an Assistant City Attorney for the City of Milwaukee. He also served Milwaukee Public Schools in labor negotiations, employee discipline and other employment law matters. 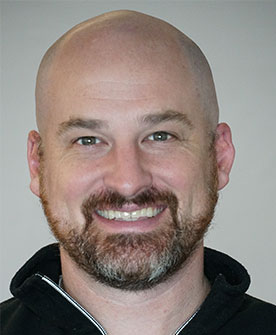 David Dupee is the Co-Founder of Good City Brewing LLC, where he aims to transform Milwaukee into a modern craft-brewing hub. Operating in Milwaukee’s Downtown, East Side, and Century City locations, David has instrumental in helping bring Good City Brewing into some of Milwaukee’s most underutilized spaces.