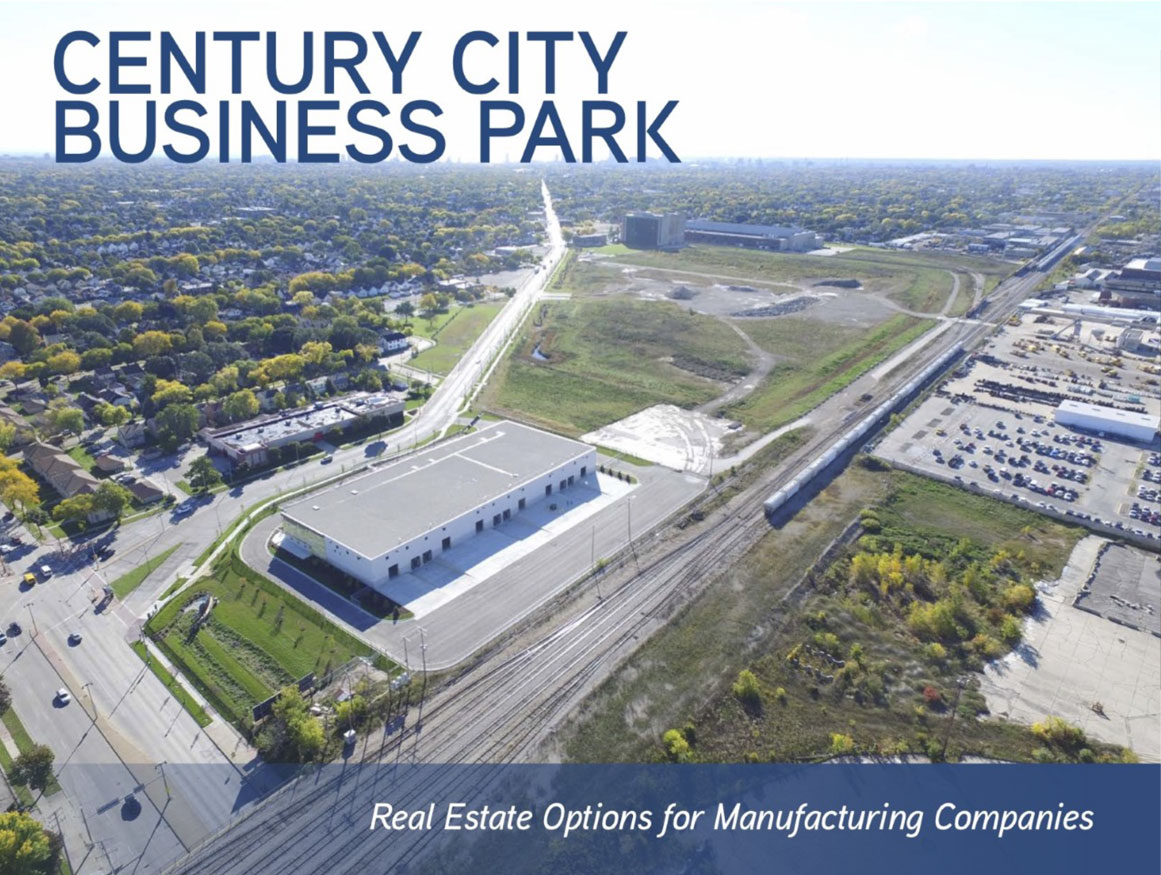 The Century City Business Park is located on Milwaukee’s north side near the intersection of North 31st Street and West Capitol Drive in the 30th Street Industrial Corridor. In 2009, the City of Milwaukee acquired 84 acres of the former A.O. Smith/Tower Automotive and undertook a $40 million dollar initiative to remediate blight, cleanup environmental contamination, update the infrastructure and create a new business park.

The business park is made up of 15 discrete parcels. Nine parcels are zoned for heavy industrial uses and the remaining six are zoned for light industrial or commercial uses. These parcels are both privately and public owned and currently have five business operations that employ hundreds of people. The employers include Talgo, Inc., Good City Brewing, City of Milwaukee Department of Public Works, Milwaukee MTESC, and Pak-Technologies. Two of the parcels were redeveloped by a private developer for residential use as the Century City Lofts. One parcel is being developed into a public green space in cooperation with the Century City Tri-Angle Neighborhood Association, Clean Wisconsin, MKE Plays, and other partners.

There are approximately 75 acres of publically and privately owned land that is available for new development. For more information: https://city.milwaukee.gov/DCD/Projects/30thStreetIndustrialCorridor/Catalytic-Projects/CenturyCity